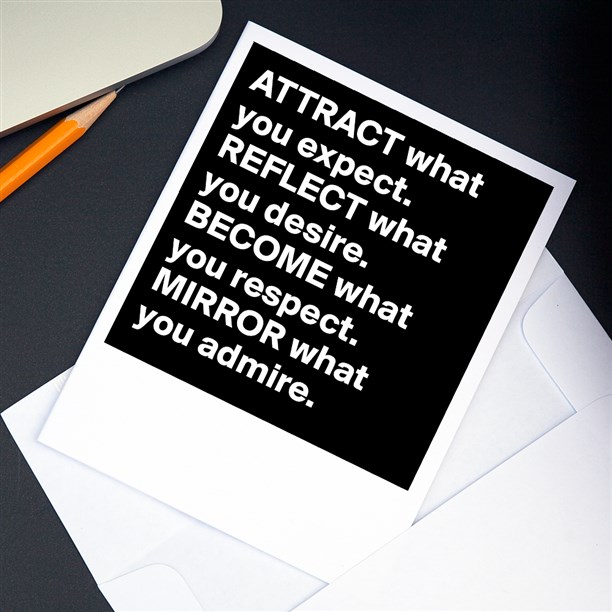 Part 2- Reflect what you desire

All success begins with the seed of desire. You must have a burning desire to achieve your goals, or you will never have the conviction necessary to accomplish your desired outcome. Desire must be great enough that it becomes the driving force that causes you to do whatever necessary to make your dream a reality.

A young entrepreneur named David was attending an event for a network marketing company that he had recently become a part of. He deeply admired the leaders in the company and wanted to rise to the level of success that they had accomplished. He saw one of these esteemed leaders standing by the hotel fountain and he walked over to talk to him. David proceeded to tell the man how much he wanted achieve the success that the top earners had obtained in the company. The man asked him how bad he wanted it and David replied that he wanted it more than anything.

Squinting back at David as though in slight disbelief, the man asked, “Are you sure about that?” David assured the man of his burning desire to make his dream come true. The man grabbed David from behind and shoved his head under the water in the nearby fountain. He held him under for long enough that David was obviously struggling for air, then pulled him back up. He said, as soon as you want it as bad as you just wanted to breathe, then…and ONLY then, will you succeed.

This experience had such an impact on David that it completely changed his life. Once he had the concept of true desire, he realized that he must be willing to do whatever necessary to accomplish his dreams and goals. In turn, he not only became a top producer in that company and several others afterwards, but he now runs his own multi-million dollar company and is ranked in the top 20 highest paid entrepreneurs in the MLM/direct sales industry.

It started with desire.

That desire worked within him to become an all-encompassing force that drove him to create a reflection of his innermost desire. This had an effect on his expectation as well. He expected a successful outcome, and others were attracted to his confidence, as he was “reflecting” or showing his desire to others.

You must continually strive to stimulate, cultivate and increase a winning desire. Successful people know that the victors are those that embrace an intense burning desire until it becomes a deliberate course of action, and finally a habit. That extreme desire begins to emanate within your soul until everything you do becomes a reflection of that success.

Part 3- Become what you respect

Part 4- Mirror what you admire