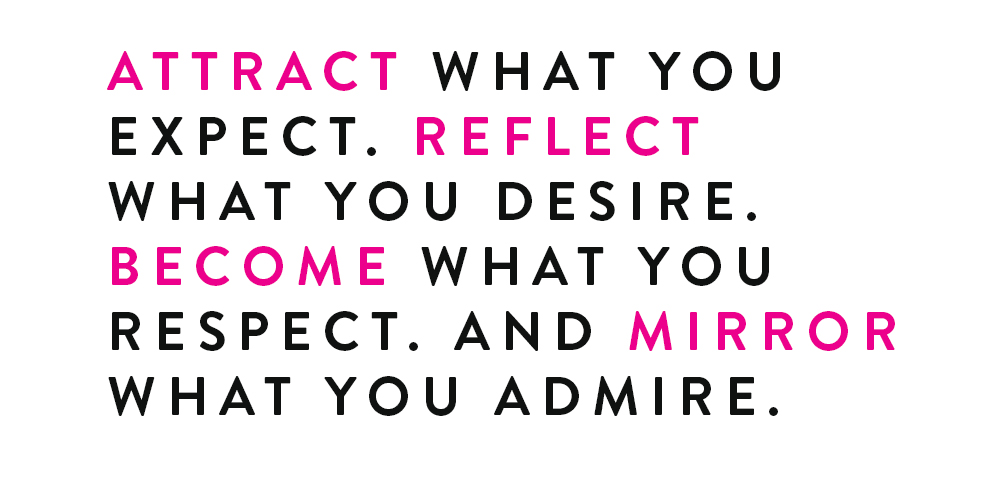 The above quote has some deep meanings that we will be addressing over the next few days. Today’s post will focus on the first point, “Attract what you expect.”

Many years ago, a successful man was visiting a friend who worked at the county jail. As the two were visiting, the jail keeper commented how lucky his friend was to have become so prosperous. The well-dressed man responded that he never expected anything less. When he was young, his father had always told him that he was going to be successful. It was expected of him and he was grateful to have not disappointed his father. An inmate overheard the conversation and said that really, he didn’t disappoint his father either. He was told time and time again by his father that someday, he’d be in jail. And he was exactly where he was expected to be. What created the difference in the outcome of these two men in the story?

These two men were given expectations by their fathers…and both of them lived up to them. Luckily the successful man was given a positive role model and he was able to embrace his father’s positive expectations to find success. But, where does that leave theman who was given nothing but negativity? Is he now destined for a life of failure because of the negative environment that was forced upon him? The answer depends on him. If he believes that there is no other life for him, then his expectation remains the same, and he will continue to attract the same negativity he has experienced his entire life. He must learn that in order to attract a different outcome, he must EXPECT what he most desires.

According to the dictionary, to EXPECT something is:

–To believe with confidence, or think it likely, that an event will happen in the future.
–To wait for or look forward to, something that is believed to be going to happen or arrive.
–To demand or anticipate receiving something because of a perceived right to it or because it is due or appropriate.

To put it in perspective, let’s examine something that all of mankind can equally expect every day of our lives. When you wake up in the morning, is there ever a question in your mind whether or not the sun is going to come up that day? Of course not. This doesn’t mean every day is going to be a sunny day, but you KNOW without ANY hesitation that every day, the sun will rise to a brand new day.

What if you had that much confidence about the direction of your life? Imagine waking up every morning with the assurance, conviction and EXPECTATION that you will be where you want to be…that you wouldn’t even dream of questioning any different outcome than a successful one. As you are able to find that confidence within yourself to expect greatness, then others will begin to expect the same of you and they will in turn be attracted to your character. This is the law of attraction. It is the first step toward your journey to success.

Once you have an attractive character, then you are naturally able to REFLECT to others the person that you desire to be and you are that much closer to BECOMING someone not only you can respect, but others can too.  The easiest way to accomplish this is to find a mentor you admire who has already achieved the successes you seek, and copy what they have done. Success leaves clues, and if you have the right mentor, you will be shown the methods and tools they used to achieve their dreams and goals.

Stay tuned for Part 2 in this series: “Reflect what you desire.”